The Falcons, behind Kadiyah Britt's 22points, started the new year by taking sole possession of first place in the Staten Island PSAL division with the road victory over the Warriors Friday.

SW improved to 6-0 in the league, while Curtis dropped to 5-1, ties with Tottenville.

"I don't think the final score tells the whole story of the game. Curtis gave us everything we could handle and never quit," said Susan Wagner coach Tom Rizzo. "Kadiyah came up big for us in the fourth quarter, scoring 14 of her 22 points in that period.

"We lost her to early foul trouble after she picked up her second foul in the first. She made up for not playing the entire second quarter with that huge fourth. I thought the best thing was her defensive effort on Mary Lee Mitchell."

Briana Ivackovic also gave the Falcons a huge boost off the bench as well as picking up Kadiyah and doing a good job defensively.

"Collectively we have a lot of work to do to get back to playing at a higher level," said Rizzo. "We need to make better decisions with the ball and get back to our offensive continuity. It's nice to be in first but we can't take anything for granted. There's a lot of big games to be played and hopefully we'll peak at the right time." 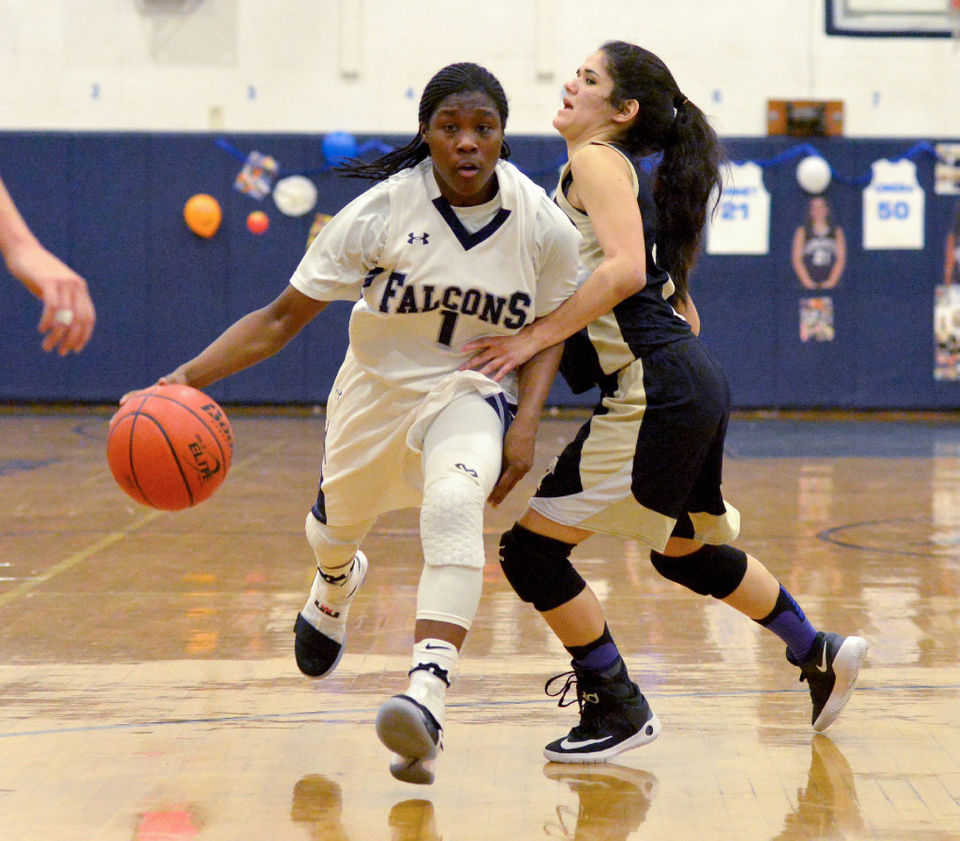